Sitges is getting ready for its Festa Major!

August is synonymous with summer and the big festival in Sitges. Once again this year, the city puts on its best clothes to celebrate our town's big festival. Declared a Heritage Festival of National Interest in 1991 and 2016 by the Generalitat de Catalunya, the Festival of Sitges 2022 will take place from August 19 to 28.

Today, we want to explain everything that is being prepared to live and enjoy 100% these days. If you are going to visit Sitges soon, remember that in Sitges Group Apartments we have available tourist apartments to stay during the Festival. 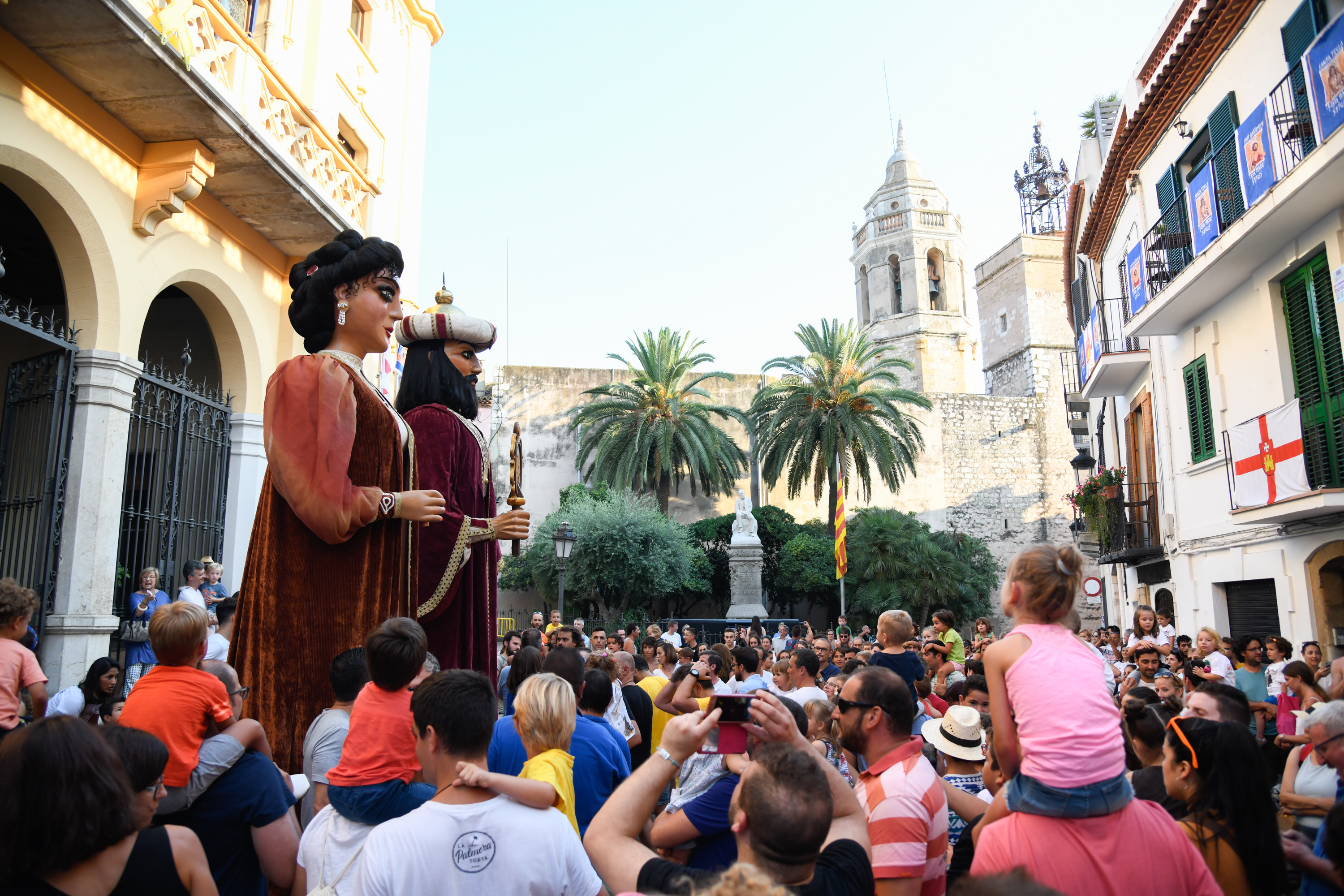 Festa Major de Sitges 2022. What is the celebration?
The Festa Major de Sitges is the popular festival dedicated to Sant Bartomeu and Santa Tecla, patron saints of Sitges and who, moreover, have shared ownership of the Sitges church since the 16th century. This festival is, together with the Corpus Christi in Sitges, the great festival of the town.

The first documents that prove the existence of the Festa Major of Sitges as a solemn celebration of the day, in this case, of the apostle Sant Bartomeu (24th August), date from 1595. However, it was in the last years of the 19th century that the written and graphic documentation on the town festival of Sitges began to become abundant.

On the other hand, and especially since the beginning of the 20th century, the Fiesta Mayor of Sitges has begun to enjoy a progressive recognition at national level and an interest on the part of artists and scholars.

Currently, the highest body responsible for organizing the Festival of Sitges is the Municipal Commission of Sant Bartomeu and Santa Tecla.

The festival will officially begin on the 19th in the afternoon, with the reading of the traditional Pregón Satírico and the Pregón de la Fiesta Mayor. On Saturday 20 will be held the exhibition of the flag of Sant Bartomeu, and on Sunday the transfer of his image to prepare its exhibition the next day. That same day, in addition, will take place the delivery of the flag in a ceremony with music and poetry, and the evening will end with a concert. On Tuesday 23 there will be multiple celebrations and events for the whole family: castellers, sardanes, grallers, processions, parades, popular music and the emblematic ringing of bells. In addition, at eleven o'clock at night, there will be a fireworks display.

On Wednesday 24, the official day of the Fiesta Mayor, all the activities will continue from early in the morning: concerts, poetry, children's games, parades, gastronomy and much more. The festivities will end on the evening of the 28th with the organ concert of Sant Bartomeu.

You can't talk about the Sitges town festival without mentioning the traditional Seguici Popular. We'll tell you what it consists of, so you can get to know one of the most fun events of our town festival.

The seguici is nothing more than a parade and processions involving gegants: three pairs of huge traditional figures that walk the streets to parade: those of the Vila, the Moors and the Americans, along with an eagle and a dragon. The first are El Jaume and La Geganta, which embodies the figure of a lady of the time. They began to parade in 1897 and currently only appear for Corpus Christi and very special dates, since in 1975 new giants, the Gegants Nous, were manufactured. Finally, Sitges has the Gegants Americanos, which represent the Indians who came to the city. They were the last to join the festival, and have been doing so since 1965.

Precisely the Gegants Moros, Faluch and La-hia were the first giants Sitges had, created around 1840, according to documents. The originals stopped appearing in public in 1912, but the Agrupació de Balls Populars recovered them in 1979.

In the Seguici Popular also stroll through the streets of the center bastoners, diables, gitanes, panderers, pastorets, castellers, cabezudos, the dragon, the eagle and the moixiganga. All enlivened by popular music and dances of cercolets and ribbons, among others.

From Sitges Group Apartments, we invite you to join the festival and live these days with us. If you are thinking of visiting the Garraf region and the Mediterranean coast during the Sitges 2022 Festival, we encourage you to take a look at our apartments. We're waiting for you!