The history of Sitges

The history of Sitges begins 55,000 years ago; as demonstrated by the Neanderthal jaw and humerus found in the Cova del Gegant and which, together with other remains, are the proof that the town was constantly occupied for centuries, from the s. VI BC. 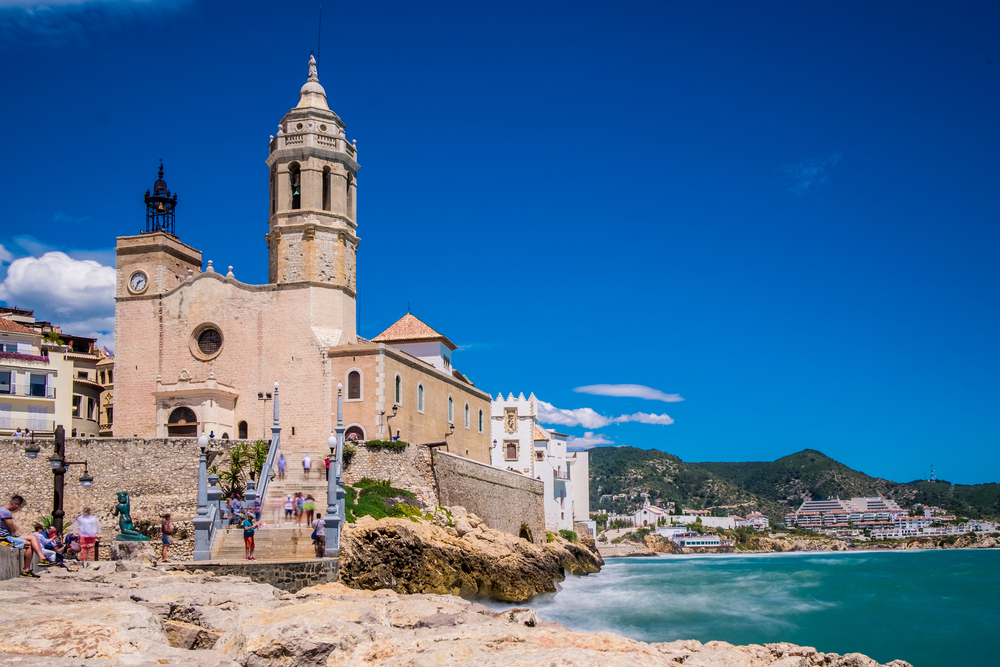 Sitges, whose name comes from "sitja" (in Catalan, an underground deposit to store grain), was constructed around the castle of Sitges, which was built in the 11th century. A castle that had a somewhat rough or complicated history, as it was destroyed and rebuilt on more than one occasion due to clashes and wars, and it ended up being demolished in 1888. The current town hall of the town was built in its place.

On medieval times Sitges was already a special location, since it was the only coastal town between Tarragona and Barcelona and it was surrounded by walls. In fact, you can still see parts of this wall that protected the municipality, which for years was attacked by land and sea, both by troops of different armies and by bandits and pirates.

In the eighteenth century Catalonia gets permission to trade directly with America, a fact that will mark the history of Sitges. Many locals travelled there to do import and export business. The locals who emigrated to work there were known as the "Americans", who returned to Sitges in the summer and refurbished the old houses or built spectacular homes with their new fortunes. In addition, they also invested in vineyards, banking, recreational societies, etc., which played a very important role in the evolution of the town.

At the end of the 19th century, Sitges is in one of its best moments as it is experiencing a growth process both economically and culturally and in communications: new constructions, creation of industries, railways, the arrival of drinking water... In addition, with the arrival of the writer and painter Santiago Rusiñol, who established his workshop-museum "Cau Ferrat" in Sitges, and the construction of the Maricel Palace, the town became one of the key points of the Catalan modernist movement.

At the beginning of the 20th century, Sitges continued with the modernization of the services and infrastructures of the town that had begun at the end of the previous century: the seafront was built, the Terramar area was urbanized, electricity and the telephone arrived, and the "Americans" kept on building manor houses in front of the sea.

For many years, Sitges was seen as a cultured and cosmopolitan locality, which was also a place of residence for various artists and intellectuals. However, all this was affected by the Spanish Civil War and the subsequent dictatorship. Even so, it can be said that this was only a pause and that since the end of the 70s, after this complicated stage, Sitges has not stopped growing and improving its infrastructures.

So, we are not just talking about a beautiful coastal town next to Barcelona, we are also talking about a municipality with a history that has been constantly evolving and improving. That's why we love Sitges so much and we want to share it with you through our holiday apartments, which will allow you to discover this wonderful town and make you feel at home.